We all know that kids don’t make the best decisions. Run around the house with a sharp object? Sure. Eat an entire bag of gummy bears? Why not? Skateboard down a steep hill with no safety gear? Check.

The human brain is nearly fully developed by the age of six. However, it goes through intensive remodeling during adolescence, and this process can continue into the mid-twenties. The prefrontal cortex (front of the brain) is the part of the brain that controls decision-making, problem-solving, and impulse control. It is also the last part of the brain to go through the remodeling process, which explains why even young adults can make poor decisions. However, neuroscience shows even though brain immaturity can lead to being susceptible to negative influences, it also allows a greater capacity for change and rehabilitation than in adult brains.

This is why having a separate system for youthful offenders is so essential when kids make terrible decisions and the police have to get involved. Depending on the severity of their charges, they will most often be routed into the juvenile justice system. This system is geared towards younger offenders and takes into account their age and their brain development (and lack thereof).

Studies have shown that individuals incarcerated during adolescence are more likely to be reincarcerated in their 20s and early 30s, to develop alcohol dependency, and to need assistance to meet their everyday needs more than their peers who have never been incarcerated. Incarceration during adolescence and early adulthood has also been shown to have long-term adverse impacts on individuals’ health. Youth who enter juvenile justice facilities often leave worse off physically and mentally, creating lasting impacts. Ideally, they should be allowed other options for rehabilitation rather than incarceration.

What is being done?

The juvenile justice system has been working on implementing positive changes over the past several years, and beginning to recognize and acknowledge the issues and stressors kids can be dealing with to cause them to act out. The Juvenile Justice Reform Act includes policy recommendations that are aimed at reducing the number of youth being incarcerated and reinvesting money into community-based services as primary alternatives for low-level and non-violent offenses.

The stated goal of the juvenile justice system is to help young peo­ple avoid future delin­quen­cy and mature into law-abid­ing adults.

This way, the younger offender is afforded a chance to learn from their mistakes and try to improve their life with a support system including agencies,  family, and community in place.

This is obviously an incredibly complex topic, overly simplified to fit into a blog. If someone you know needs assistance, please reach out to Cafferty & Scheidegger. We have experience defending and supporting youthful offenders with integrity and compassion. 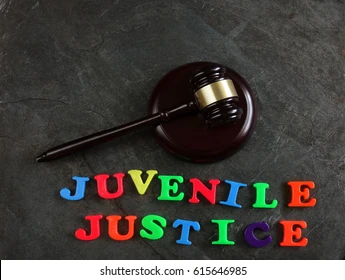 From our offices in Racine Wisconsin, the criminal defense lawyers at Cafferty & Scheidegger defend the rights of people charged with state and federal criminal offenses throughout Southeastern Wisconsin (Racine, Kenosha, Walworth). If you or a loved one is charged with a crime, contact us today to arrange a free initial consultation with an experienced Racine federal criminal defense attorney right away. For urgent matters, you are welcome to call or text us 24 hours a day at ‪(262) 632-5000.

The attorneys at Cafferty & Scheidegger have excellent knowledge of the state and federal court system throughout Southeastern Wisconsin. They are aggressive trial lawyers that are recognized for integrity and hard work. Our law firm’s strength lies in our exceptional pre-trial investigation and case preparation. We come to the prosecutor’s office prepared with the facts and ready to help you get the best possible outcome for your charges. Our priority is always to keep you out of jail and avoid a conviction on your record, whenever possible.

The dedication of the team at Cafferty & Scheidegger to client service and their record of success has earned them listings as Wisconsin Super Lawyer® from 2008 through 2020. In addition, their reputation for high standards has earned them an AV Distinguished rating by Martindale-Hubbell. Cafferty & Scheidegger is backed by more than 28 years of trial skills and courtroom experience.

We are here to help you with your law questions.